The World Economic Forum (WEF), an international organization that works to “shape global, regional and industry agendas,” recently published its latest dystopian proposal – a far-reaching digital ID system that will collect as much data as possible on individuals and then use this data to determine their level of access to various services.

This digital ID proposal is outlined in a report titled “Advancing Digital Agency: The Power of Data Intermediaries” and builds upon a digital ID framework that the WEF has published previously.

Under this framework, the WEF proposes collecting data from many aspects of people’s “everyday lives” through their devices, telecommunications networks, and third-party service providers.

Once the digital ID has access to this huge, highly personal data set, the WEF proposes using it to decide whether users are allowed to “own and use devices,” “open bank accounts,” “carry out online financial transactions,” “conduct business transactions,” “access insurance, treatment,” “book trips,” “go through border control between countries or regions,” “access third-party services that rely on social media logins,” “file taxes, vote, collect benefits,” and more. 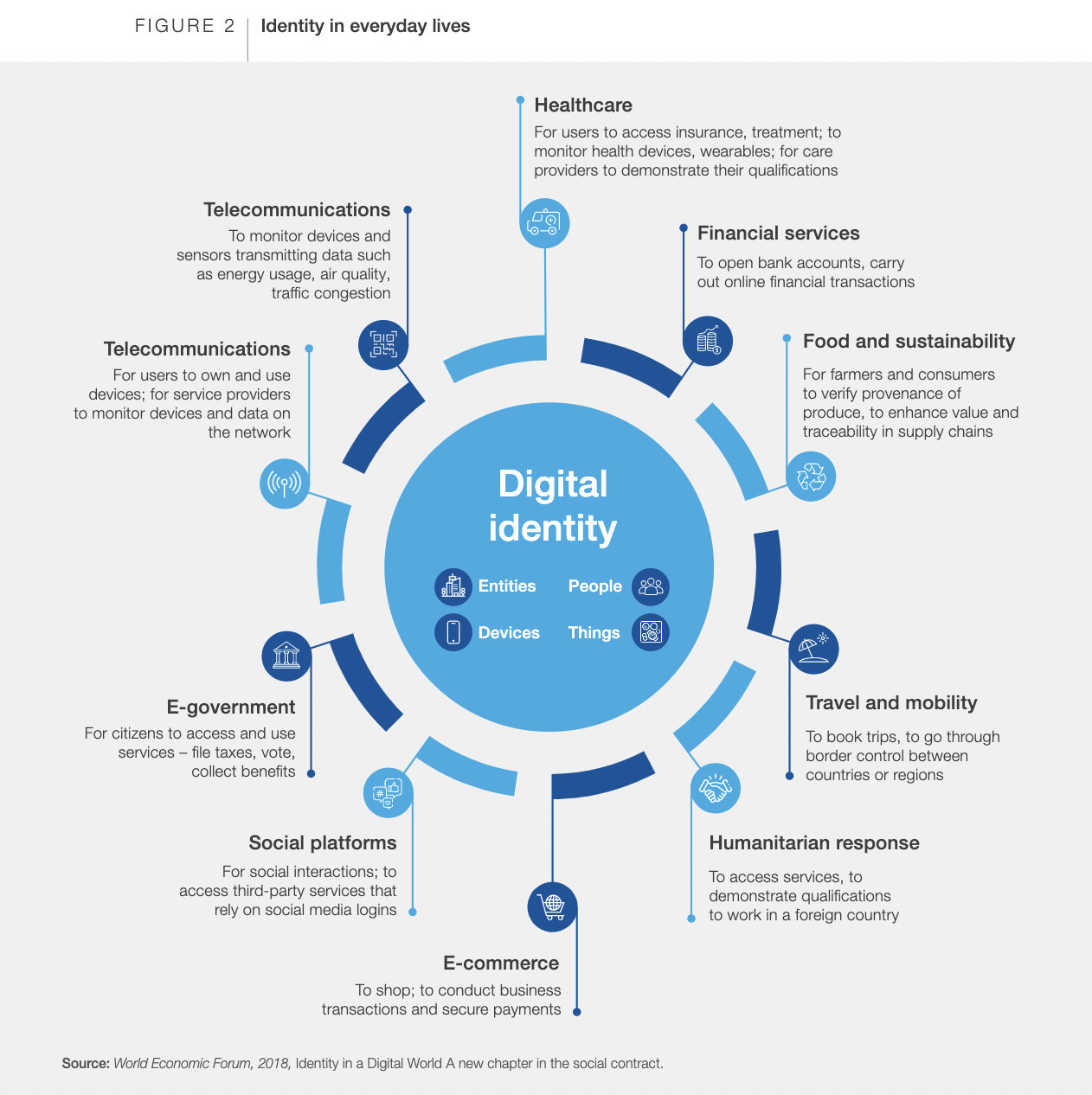 In this Advancing Digital Agency: The Power of Data Intermediaries report, the WEF positions this digital ID framework as the part of the solution to a “trust gap in data sharing” and notes that vaccine passports, which were mandated across the world during the COVID-19 pandemic, do “by nature serve as a form of digital identity.”

The WEF also praises the way vaccine passports have allowed governments to harvest data from their populations without “notice and consent”:

“At a collective level, vaccine data is an incredible public health asset. The United Kingdom Government in particular has acknowledged this and has suggested that anonymization, pseudonymization and data shielding techniques could be harnessed in a controlled environment to allow for the reuse of that highly sensitive data. In such cases, notice and consent is not required per se for the reuse of the data but the intermediary processes the data undergoes must be done in a controlled environment so that the findings of the data set are made available rather than the data itself.”

Additionally, the WEF provides a specific example of how digital IDs could be used to authenticate a user (by using fingerprints, a password, or identity verification technology) and decide whether they should be granted access to a bank loan by judging their profile (which may include their biometrics, name, and national identity number) and history (which may include their credit, medical, and online purchasing history).

The WEF goes on to suggest that digital IDs will “allow for the selection of preferences and the making of certain choices in advance” and ultimately pave the way for “automated decision-making” where a “trusted digital assistant” “automates permissions for people and effectively manages their data across different services” to “overcome the limitations of notice and consent.”

This push for an invasive digital ID system from the WEF follows it proposing other similar surveillance systems such as turning your heartbeat into a digital ID. Throughout the pandemic, the WEF has consistently advocated for vaccine passports and digital ID.

Beyond these specific proposals, the WEF is infamous for its globalist and transhumanist agendas such as the “Great Reset” (which proposes that people will “own nothing” and “be happy”) and the “Fourth Industrial Revolution” (which, according to WEF founder and chairman Klaus Schwab, will lead to “a fusion of our physical, our digital, and our biological identities”).

Governments and private corporations are increasingly embracing digital IDs. Some governments are also pushing a similar notion – social credit-style apps that monitor citizens’ behavior and reward them for engaging in state-approved actions. 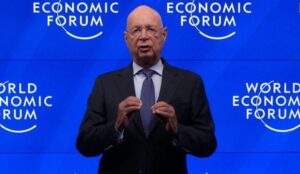 PrevPreviousWestern Propaganda Like This Is So Bad It’s a Joke and the Guardian Likes To Claim It’s Independent While It Takes Money From the Globalists To Be a Dodgy Spruiker Outlet for Them
NextAustralian Politicians Who Have Lied to the Public That C0VID Vaxxines Are “Safe, Effective and Necessary” Should Get Ready for More Than Verbal Abuse Once the Public Discovers They Were Tricked and Conned Into Taking the Worlds Deadliest VaxxineNext