The World Is Rising Up. The Revolution Will Not Be Televised

The World Is Rising Up. The Revolution Will Not Be Televised

This was one of the biggest protest in history and it was completely ignored by the mainstream media. We are the media now.

K Sanecki
I do not believe in violence. I do believe in Freedom, choice and allowing every peron to reach their God given potential. 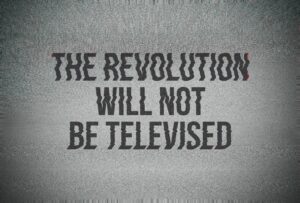 PrevPreviousThe Latest From Trump: He’s Been Quacked and Boosted and Still Has No Idea How Totally Played He Was by the Sinister Dr. Fauci and Big Pharma
NextThe Sequel to the Fall of the Cabal – Part 19: COVID-19: The Midazolam MurdersNext