It’s happening more quickly than I had predicted. Although I’ve been openly predicting a global uprising due to skyrocketing food and fuel inflation — which is really just a representation of the collapsing value of fiat currencies — I was surprised to see how rapidly the revolt is exploding.

Wayne
Right on Mike about the true historical fact behind Pearl Harbour and Roosevelt allowing the attack to happen in order to stir up the emotions of Americans so as to support the Congressional declaration of war against Japan and to justify the USA formally entering WWII. This fact is not taught in high school or university history textbooks

LParrish
Electric cars are made by stupid people. 1-Why don’t they have an alternator to keep charging the battery like gas powered? Or at least they should come with 3 extra batteries, 2 at home always charging, 1 in the trunk to get you back home from work. Sorry but 200 miles per charge wouldn’t get many to work and back.

EB
Mike, could you please try not to take The Lord’s name in vain? Thank you so much and God bless you, Erin

Leftarefascists
hell ya we are going to rise up against our corrupt greedy tyrannical globalist government!

CampingMom
CP Rail is also getting sued $1M each for 84 employees that they let go due to Unvaxxed status… Plus, if this is positively adjudicated on, they will be entitled to multiple $75K human rights violations awards…

USPatriotOne
Mike, Japan boomed first, the USA declared War on Japan on Dec 8th 1941, then Germany, in support of Japan, declared War on the USA. The USA was not into War with Germany at the time of Japans booming of Pearl Harbor. 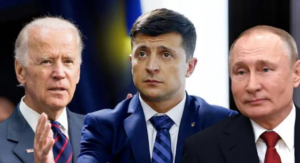 PrevPreviousGlobal Interest in Facebook Declines by 87% in the Last 10 Years: Report
NextRussian Soldiers in Ukraine As You’ve Never Seen Them Before!!!!Next