In acts of absurd desperation, we now see the White House and deep state propaganda rag mouthpiece publishers (WashPost, NYT, CNN, etc.) pushing aggressively to start a war with Russia. They’re working every angle to try to bait Putin into defending Russia’s borders against NATO provocations, and if they fail to get Putin to respond, U.S. and NATO forces will run their own false flag “attack” on Ukraine and immediately blame Russia. 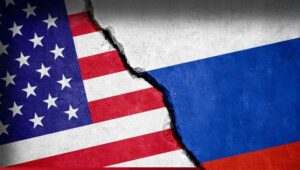 MajorTom
A lot of commercial ammo sold here is made in China. The irony! Shooting CCF invaders with bullets made in their own country!

Frozen
SOTA sells a machine that makes colloidal silver easily and it’s fairly cheap. They are located in canada. I have spoken with them. Very nice private company. They have a facebook page too. They sell PEMF machines and blue light stuff too.

KickStartTheDay
CDC said the unvaccinated are 97 times more likely to die than their boosted counterparts…….
And Biden is looking to give out crack pipes……

Geroniman
I recall the USA stating that if China takes back Taiwan by force, it will be war between the US and China. Putin on his visit to China last week, no doubt for the opening of the Winter Games, held talks with the Chinese. After that meeting it was reported that Putin stated that Taiwan belongs to China. Stop and think. A small in effective statement like that could be the flame that lights the fuse. All of a sudden the USA is forced to have a war with China over Taiwan. Is NATO going to stop Russia attacking not only the Ukraine, but Europe? I’d back Russia vs NATO any time right now. And then in a month Putin will be sun tanning himself on some Spanish beach.

Report Truth
when russia does the deed i hope they target the true enemies of humanity hiding in amerika and all of the west -go putin a true statesman.

Atomic Scout
Most likely they will use a nuke or dirty bomb in the US. This will be an excuse to go to war and allow them to use the radiation as a scapegoat for the coming cancer deaths from the vax.

Eowyn O’Rohan
No such “war time exception” exists in the Constitution! In fact, in a time of war, the Right of the People to be armed is paramount. If Congress and the Brandon regime try to do that, there will be Hell to pay.