This is only a short article but also one of the most powerful I have written as it tells you everything you need to know as to why Scott Morrison and the government are so scared of a federal Independent Commission Against Corruption (ICAC).

In September 2020 I published an article titled “Scott Morrison’s Hillsong mate Leigh Coleman who has allegations of fraud and bribery against him given $42 million in government grants” which starts off:

Leigh Coleman who is a former Hillsong Church executive and close friend of Prime Minister Scott Morrison has had numerous allegations of fraud made against him over the last 15 years including attempted bribery, yet his company ServeGate Australia has still managed to be awarded $43 million in government contracts since 2015.

During the same period that ServeGate Australia was being awarded the $43 million in contracts due to the “strong business relations with decision-makers at very high levels including Ministers” as their website says, Scott Morrison was appointed Treasurer in September 2015 and became Prime Minister in August 2018. So, was Scott Morrison involved in any way?

ServeGate Australia is now a registered tax-free charity and its operations are suspicious to say the least where they don’t seem to do much work except take a percentage off the top and then sub-contract the real work out to other companies. This has been exposed in an article in The Guardian but we’ll get back to that in a minute because we should look at Leigh Coleman’s past handiwork first of fraud and bribery allegations when he was at Hillsong Church and an organisation called Many Rivers which is also a registered tax-free charity.

The latest update was done by Twitter user @SuxHypocrisy who crunched the numbers as per below on the governments Aus Tender website. Below is a screengrab of the lastest contracts that Servegate has received. There are four contracts from the Department of Defence which Peter Dutton is now the Minister for which I think is important because Dutton seems to be wherever there is major government fraud.

It was reported today that Canstruct International, which had $8 in the bank in 2017, but was awarded contracts to run the Nauru detention centre by “Slippery Pete” when he was Immigration Minister has made $101 million profit for the last 12 months looking after less than 200 people.

But let’s get back to Servegate: 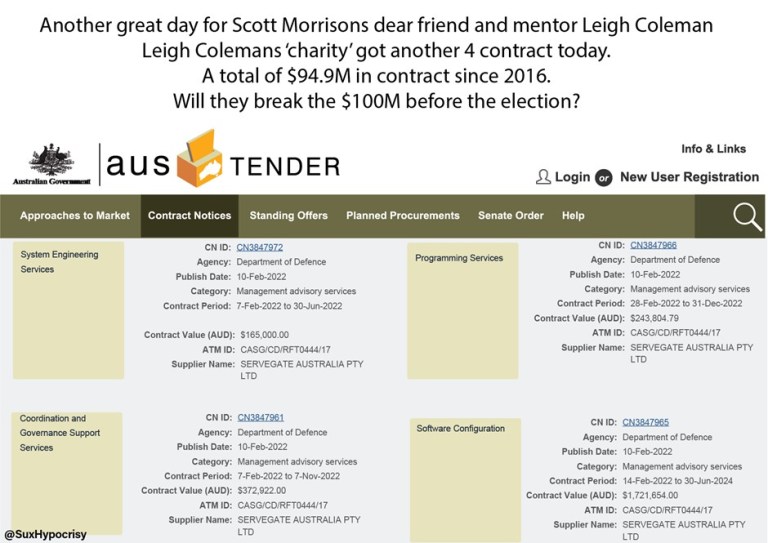 The totals for Servegate’s government contracts since 2016 are below. 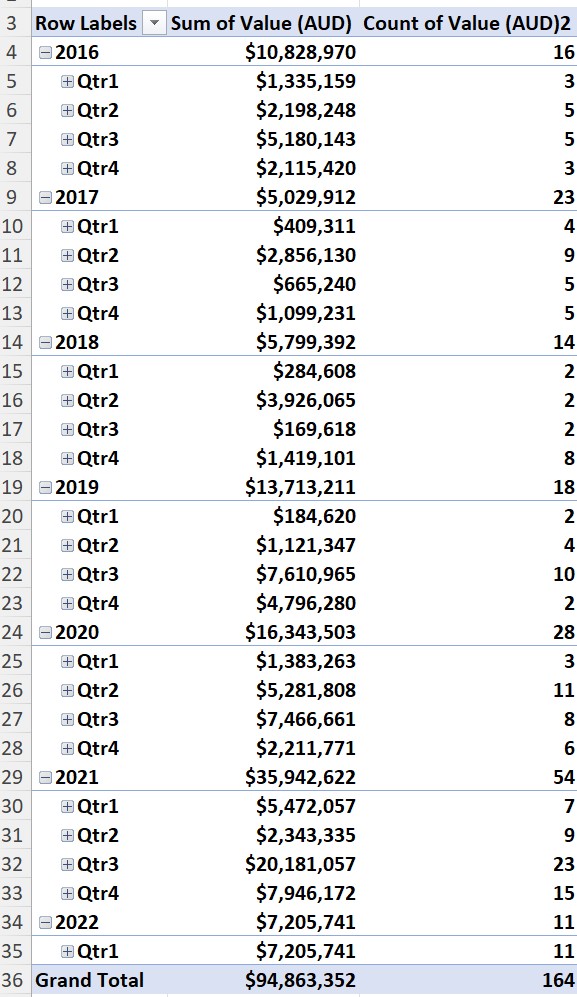 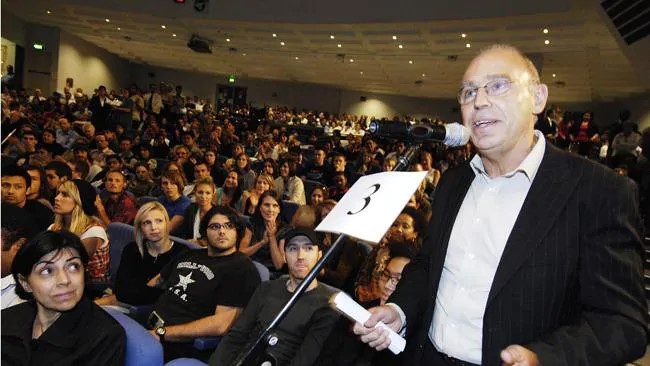 Leigh Coleman speaking in support of a controversial Hillsong superchurch in Sydney where he identified himself as a “local resident”. The proposed church failed to attract community support and was withdrawn. Vera Coleman is seated bottom left.

Between Servegate, Hillsong Church and Morrison’s other mates there must be well over $200 million of taxpayer’s money flowing out of the public purse.

I normally start publishing around mid-January, but I am late this year as I have been working on another media project which I will announce soon.

Kangaroo Court of Australia is an independent website and is reliant on donations to keep publishing. If you would like to support the continuance of this website, please click on the button below to donate via PayPal or go to the donations page for other donation options. 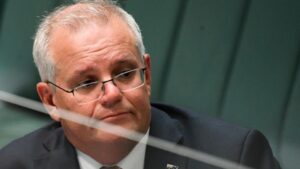