Luna-25 moon lander mission is expected to blast off in September, Roscosmos confirms.

The long-delayed Luna-25 moon lander mission is expected to be launched in September this year, Dmitry Rogozin, the head of Russia’s national space agency Roscosmos said on Monday.

“I hope that all the tests will be successful and at the end of September we will launch Luna-25,” Rogozin told reporters.

Back in April, Russia’s President Vladimir Putin stressed the importance of continuing the country’s moon ambitions. “We’ll resume the lunar program,” Putin said as he visited Vostochny Cosmodrome in Russia’s Far Eastern Amur Region, outlining the goal to launch the mission in the third quarter this year.

The Russian leader stressed that the unprecedented wave of Western sanctions imposed on the country over its ongoing military offensive against Ukraine will not derail Moscow’s efforts to explore space.

“Despite all the difficulties and attempts to interfere from the outside, we’re definitely going to implement all our plans with consistency and persistence,” Putin stressed.

Shortly after the announcement in April, the European Space Agency stated it is ceasing cooperation with Roscosmos on martian and lunar expeditions, because of the Ukraine conflict.

Luna-25 is expected to carry some 30kg of scientific equipment. The lander also boasts a robotic arm and a drill, to perform various experiments and take samples of lunar regolith. The probe’s planned destination is the Moon’s south polar region near the Boguslavsky Crater.

The mission is set to become the first Russian lunar probe in post-Soviet history. While the exploration of the Earth’s only natural satellite began with the Soviet Luna-2 probe in 1959, the country has not carried out similar missions for nearly five decades already. The last mission, Luna-24, was launched by the Soviet Union in 1976.

The new mission, conceived in the late 2000s, has been repeatedly postponed. The robotic lander was expected to blast off last October; however, the launch was delayed as the team developing Luna-25 deemed it not ready. 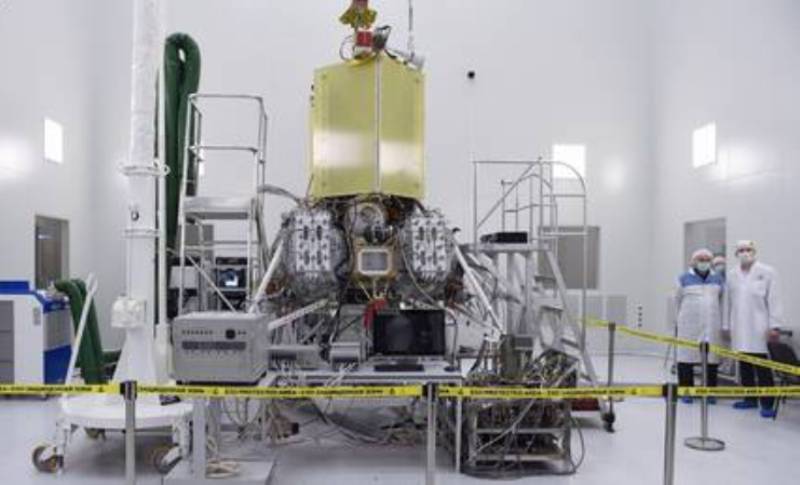