Moscow said the move was for the sake of successful peace negotiations.

Russia has “drastically” reduced its military activity near Kiev and Chernigov as talks with Ukraine enter the “practical” stage, the deputy minister of defense Alexander Fomin announced on Tuesday.

Speaking to the press following the talks with the Ukrainian delegation, Fomin said that “a decision was made to drastically, in several times, reduce the military activity on the approaches to Kiev and Chernigov.”

“We expect that relevant key decisions will be taken in Kiev and the conditions for further normal work will be created,” he said.

Fomin called on Ukraine “to fully abide by the Geneva Conventions, including with regard to the humane treatment of prisoners of war.”

He explained that this decision was taken due to the fact that “negotiations on the preparation of an agreement on the neutrality and non-nuclear status of Ukraine, as well as on the provision of security guarantees to Ukraine” are entering “the practical phase.”

Reduction of Russian forces’ activity is poised “to increase mutual trust and to create the necessary conditions for the further development of negotiations and the achievement of the ultimate goal of agreeing and signing the agreement,” Fomin said.

Further details will be announced by the Russian General Staff upon the return of the Russian delegation from Istanbul, where the negotiations were taking place, to Moscow.

Moscow attacked its neighbor in late February, following a seven-year standoff over Ukraine’s failure to implement the terms of the Minsk agreements, and Russia’s eventual recognition of the Donbass republics in Donetsk and Lugansk. The German- and French-brokered protocols had been designed to regularize the status of those regions within the Ukrainian state.

Russia has now demanded that Ukraine officially declare itself a neutral country that will never join the US-led NATO military bloc. Kiev insists the Russian offensive was completely unprovoked and has denied claims it was planning to retake the two republics by force. 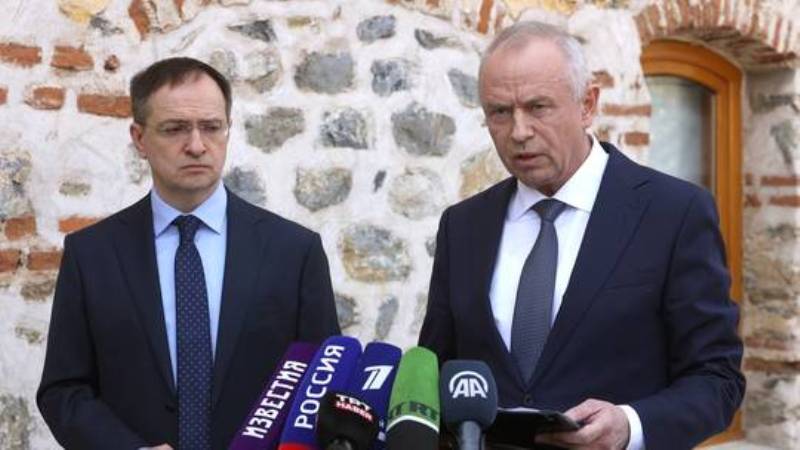