Russia will begin to change child sex laws later this month by sending repeat child sex offenders to penal colonies in the Artic — for life.

Parliamentary speaker, Vyacheslav Volodin, said, “Those convicted for such crimes should serve life sentences in the harshest conditions — in the extreme north (of Russia) or in mines. These b******s should undergo the hardest labor, so they remember the crimes they committed every day — and regret them.”

The new law to send offenders to the Arctic is the result of a five-year-old girl’s death.

This week, a five-year-old girl was abducted by a pedophile and his lover who later raped and stabbed her to death.

The little girl, Veronika Nikolayeva, was playing near her mom’s job when a video caught her being taken. She allegedly “struggled and fought back,” but passersby were not made aware and the men took her to their hotel.

Both the men, Denis Gerasimov, 44, and Vadim Belyakov, 24, later confessed to the murder. The suspects are said to have been in a long-term relationship since Belyakov was underage.

Volodin revealed one of the men was a formerly convicted child sex offender. Gerasimov had been released in March 2021 from a sex crime conviction.

The men also told interrogators that the recent murder was spontaneous. Belyakov reportedly “suggested that his partner catch the girl and make fun of her.”

Once news broke, people began to surround the hotel of the offenders, demanding justice.

“Immediately after the information about the detention of (the suspects) appeared, local residents gathered by the hostel, where the child’s body was found. They demanded the (suspected) murderers should be handed over and wanted to lynch them,” reported the 112 news outlet.

A social media post said, “This case shows again that the surveillance system for pedophiles does not work and gives them the opportunity to commit crimes again.”

The laws currently in place allow sex offenders to re-offend. With this new information, Russia is looking to hopefully toughen their laws.

The bill, if adopted, would give pedophiles and child sex offenders life punishments.
According to Putin’s commissioner, Maria Lvova-Belova, the rates of sex attacks among children and adolesents have risen 79 percent in the past eight years.

If the offenders are sent to penal colonies in the Arctic, they would be isolated, not allowed to return, and forced to work Siberian mines, Volodin said.

Alexander Khinstein, an MP (Member of Parliament) in the pro-Putin United Russia Party added, “It is necessary to adopt our bill on life punishment for pedophile-rapists as soon as possible.”

Volodin wants to do everything for the law on life sentences to be implemented in January 2022. 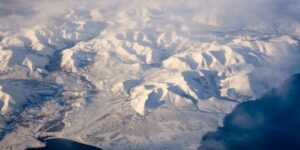 PrevPreviousCountries’ Leaders Are Going To Enter Into an Internationally Binding Legal Agreement With the World Health Organisation, Which Finally Signs Away Our Rights to the Globalists!
NextRussian Stock Markets Plunge $250Bn to Record LowsNext