A Scottish professor was slammed for sharing an article claiming the Mariupol theater bombing was “staged”.

University of Edinburgh professor Tim Hayward is being hammered in the media for sharing an article suggesting the bombing of a theater in the Ukrainian city of Mariupol may have been staged by Ukrainian nationalists. Hayward’s skepticism has already led Education Secretary Nadhim Zahawi to promise a “crackdown” on such wrongthink.

Hayward shared an article on Sunday from the Grayzone, a left-wing news outlet. Citing eyewitnesses in the Ukrainian city of Mariupol, the article claims that Ukrainian ‘Azov’ fighters – once described by western outlets and lawmakers as “neo-Nazis” – sheltered behind civilians in a theater in Mariupol, before blowing the building up as Russian forces entered the Ukrainian city.

Azov forces and journalists linked to the extremist unit accused Russia of bombing the building, and used the incident to call for western intervention against Russia. US President Joe Biden declared Russian President Vladimir Putin a “war criminal” in response, and American politicians from both parties and from Europe renewed their calls for military aid – including fighter jets – for Ukraine.

However, no video exists showing the theater being bombed and Russia denies attacking the building, stating that it had “never been considered as a strike target.” Conflicting reports of the weapons supposedly used and the civilian casualties or lack thereof only muddy the picture further.

Yet Hayward was condemned by his colleagues for raising the issue. In a Times article on Tuesday accusing him of “spreading propaganda,” Dr. Aliaksandr Herasimenka, a ‘misinformation’ researcher at Oxford University, said that “we must be very careful” when reading reports critical of the official narrative in Ukraine, and that outlets like the Grayzone “are currently engaged in a massive disinformation campaign.” He did not provide any evidence that would support such allegations against the media outlet.

Hayward has been singled out by the Scottish government too. Having shared articles questioning the alleged bombing of a maternity hospital in Mariupol and claiming that Syrian leader Bashar al-Assad did not gas his own citizens as Western sources insist, the professor was accused in Westminster last week by Tory MP Robert Halfon as being a “useful idiot for President Putin’s atrocities.”

Education Secretary Nadhim Zahawi said that academics like Hayward were already being investigated, and that their universities would be contacted.

“Putin and his cronies are a malign influence on anyone in this country buying their false narrative, and I have to repeat it is a false and dangerous narrative, and we will crack down on it hard,” Zahawi said, without elaborating on how.

Speaking to Edinburgh Live, Hayward said that he is concerned about restrictions to free speech, and considers hearing both points of view important in wartime.

“In war, miscalculations can have terrible consequences. We also know that misinformation can sometimes even slip through on our own side, as when the UK went to war in Iraq, mistakenly believing it had weapons of mass destruction,” he said. “As for the people of Ukraine, their need is for peace – not to become the epicenter of World War III,” he added, referring to the widely-held belief that were Western powers to intervene in Ukraine, the consequence would be a third world war. 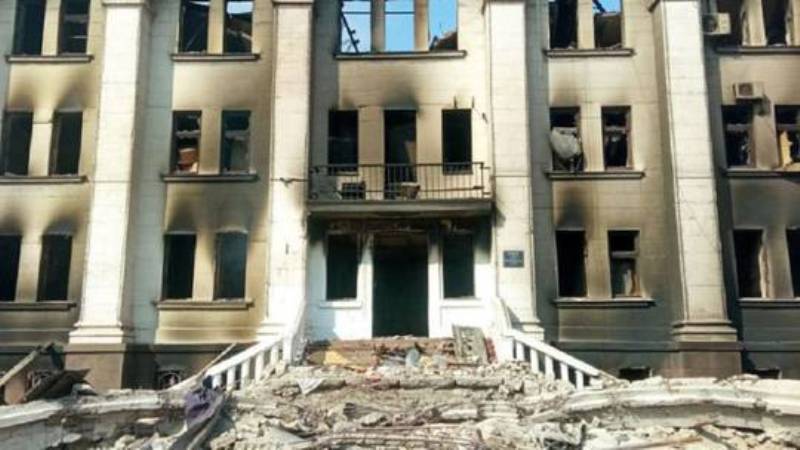 PrevPreviousRussian Soldiers in Ukraine As You’ve Never Seen Them Before!!!!
Next40+ Countries Open for Unvaxxinated TravelersNext