IDAHO FALLS — One of America’s well-known political columnists is releasing a new book today and CEO Frank VanderSloot and his business are featured in the pages.

The Intimidation Game: How the Left is Silencing Free Speech is written by Kimberly Strassel, a member of the Wall Street Journal editorial board.

Strassel’s book includes an entire chapter devoted to Melaleuca, VanderSloot and the attacks he endured from the media and the Obama administration four years ago. 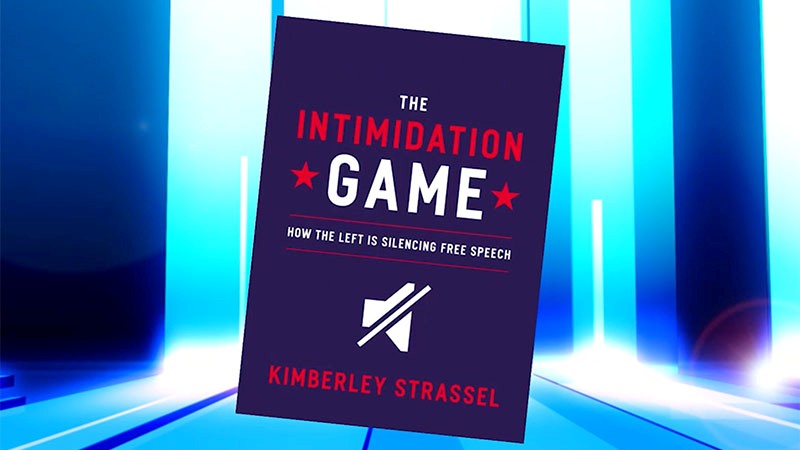 “He put a target on my back and the agencies came after me,” VanderSloot said during a recent interview with EastIdahoNews.com. “This is America and that shouldn’t happen.”

It was a spring day in 2012 when VanderSloot learned Obama’s re-election campaign had created a website called “Keeping GOP Honest.”

The site listed eight names of people the president claimed were “betting against America.”

Each of the individuals had made large donations to Mitt Romney’s presidential campaign and the site attacked the donors.

“Immediately the liberal media picked up on it,” VanderSloot said. “They came after me with a vengeance and made up a whole bunch of awful stuff about me.”

VanderSloot said the reaction for him and Melaleuca was immediate and devastating.

“Melaleuca lost hundreds of customers in one day,” VanderSloot recalled. “The phone was ringing off the hook.”

VanderSloot thought he may have made a mistake. He said he apologized to his management team and went home discouraged.

But the next morning he woke up determined not to surrender.

“On my mind were the signers of the Declaration of Independence,” VanderSloot said. “They risked a lot more than I did. Most of them were persecuted over it and awful things happened to them. And yet they signed it anyway. I thought, ‘I’m not going to take any hits like that. By golly, this is America.’”

In the midst of the ordeal, Strassel wrote a column in the Wall Street Journal called “The President Has a List.”

The national media picked up on the story and VanderSloot soon appeared on numerous programs including “The O’Reilly Factor,” “On the Record with Greta Van Susteren” and “Your World with Neil Cavuto.”

The government was also taking note.

“In three weeks, I got my first IRS audit. A couple weeks after that – the second IRS audit. Then, within a few weeks, two Department of Labor audits and then an FDA audit,” VanderSloot said.

More people were learning about VanderSloot and the so-called ‘enemies list’ and, once again, VanderSloot said Melaleuca’s phones were ringing but this time callers had a different response.

“Because of Kim Strassel, she started it, everybody was calling and saying, ‘Who are you guys? What are you selling? We want to buy some,’” VanderSloot said.

The government found nothing wrong in the audits and, in The Intimidation Game, Strassel details the attacks VanderSloot endured because he was listed on the website.

Now, the Melaleuca CEO is claiming victory and his company is flourishing.

“Melaleuca is having, by far, the best year we’ve ever had,” VanderSloot said. “This year has been up, up, up since that day because Kim Strassel and The Wall Street Journal said this should not have happened.”

PrevPreviousGuy Hatchard: Pfizer Document Concedes That There Is a Large Increase in Types of Adverse Event Reaction to Its Vaxxine
NextBiden’s BS-19 Vaxxine Mandate for Federal Contractors Now Blocked NationwideNext