President Zelensky cannot be trusted not to use weapons to attack targets in Russia, Moscow says.

Ukraine cannot be trusted to abide by Washington’s wishes and not use US-supplied rocket launchers against targets in Russia, Kremlin spokesman Dmitry Peskov said on Wednesday. Kiev has a poor record on keeping its word, the official claimed.

Peskov was commenting on the US decision to provide Ukraine with HIMRAS multiple rocket launchers. US officials stated that the weapon systems would not be used against targets in Russia, arguing that this made Washington not a party to the Ukraine conflict.

Ukraine’s President Volodymyr Zelensky pledged to honor the US assurances when he spoke to Newsmax.

“We’re not interested in what’s happening in Russia,” he promised in an interview published on Wednesday. “We’re only interested in our own territory in Ukraine.”

When asked about the promise, Peskov said Russia didn’t trust Zelensky to keep his word.

“Unfortunately, such a thing is not what our experience suggests,” he said. Zelensky has been breaking his word throughout his relatively short political career, “starting with his main election campaign promise to put an end to the war in southeastern Ukraine,” Peskov said.

Zelensky, a former comedian, made a surprise switch to politics in January 2019, announcing his decision to run for president. He quickly gained momentum in the race, partly because he had played a character in a political comedy show, who took power in Ukraine by a chance and used it to take down entrenched corruption in the government while challenging global institutions like the International Monetary Fund.

The unorthodox candidate pledged to reconcile with rebel forces of the Donbass, who turned against the central government after the 2014 armed coup in Kiev. He received an unprecedented level of public support, scoring over 73% of votes in the second round face-off against incumbent President Petro Poroshenko.

Instead of delivering peace, Zelensky continued his predecessor’s policies regarding the breakaway republics and openly refused to implement the Minsk agreements, an EU-brokered peace roadmap for the Donbass.

Considering the circumstances “we give no credit of trust to the Ukrainian side,” Peskov said. Russia does not believe that the US was acting in good faith either, the Kremlin spokesman added.

“The US is pouring gasoline on the fire deliberately and with enthusiasm,” and American arms supplies “encourage the Ukrainian leadership not to resume peace talks,” he said.

Peskov pledged that the Russian military will take precautions to minimize the potential threat posed to Russia by American missiles in Ukraine’s possession.

Russia attacked the neighboring state in late February, following Ukraine’s failure to implement the terms of the Minsk agreements, first signed in 2014, and Moscow’s eventual recognition of the Donbass republics of Donetsk and Lugansk. The German- and French-brokered protocols were designed to give the breakaway regions special status within the Ukrainian state.

The Kremlin has since demanded that Ukraine officially declare itself a neutral country that will never join the US-led NATO military bloc. Kiev insists the Russian offensive was completely unprovoked and has denied claims it was planning to retake the two republics by force. 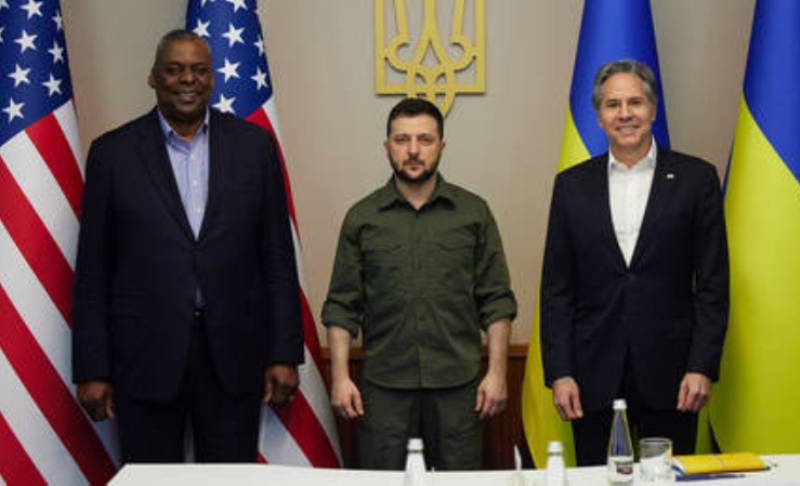