The Facts:
– Israel led a 10-country, 10-day-long simulation of a major cyberattack on the world’s financial system by “sophisticated” players.
– The goal was to minimize the damage to banks and financial markets.
– It was held on December 9th, 2021 and included the World Bank, the International Monetary Fund (IMF) and the Finance Ministry in Jerusalem.

Reflect On:
– Why are suggestions that some major global crises may be planned considered ridiculous when the events occur shortly after war games exercises?
– Are we collectively having open, honest and mature conversations about these ideas?

The unique and groundbreaking exercise held today showed the importance of coordinated global action by governments together with central banks in the face of financial cyber threats.

Have we seen this before? Israel recently announced that they were on the verge of a state of emergency due to the emergence of the COVID Omicron variant. This announcement came just two week after Israel held the world’s first war games exercise preparing for the possible emergence of a deadly variant of the COVID virus named “Omega.”

Just two months before China reported a mysterious pneumonia outbreak in the city of Wuhan, which marked the beginning of COVID-19, government officials and business leaders met in New York to simulate a novel coronavirus emergence in Brazil that killed 65 million within 18 months. The event was called ‘Event 201’ and was put on by Johns Hopkins Center for Health Security, along with the World Economic Forum and the Bill & Melinda Gates Foundation.

According to the Israeli government, cyber security threats are possible especially in the wake of multiple large cyber attacks on large companies and the only way to contain any damage is through global cooperation.

The National Cyber Directorate in Israel issued a warning to Israeli businesses regarding potential cyber attacks last October. On average, one in every 60 Israeli organizations is targeted every week with ransomware attacks. This is an increase of 30 percent over the rate in 2020. The rate happens to be increasing all over the planet.

Event 201 and the ‘war game exercise’ involving a new variant of COVID were held right before these events actually occurred. Event 201 led many people to believe that the COVID outbreak was a planned event by the “powers that be.” Mainstream media outlets and “fact-checkers” claimed this was false news and a “conspiracy theory.”

Sure, there is no way to determine whether or not COVID was a planned event used as a tool for ulterior motives, but any discussion that this could be a possibility was not had within the mainstream dialogue.

Despite being labelled as a conspiracy, many academics early on in the pandemic were sharing these feelings. For example, Francis Boyle, a law professor who drafted the Biological Weapons Anti-Terrorism Act, shared his thoughts about this early on.

Whether or not these major global events are planned, there’s two common themes they all share: profit and control. Big corporations seem to profit exponentially while wealth is stripped from the masses.

The world’s richest 10 percent own approximately 90 percent of the world’s wealth, and the rich have become richer during the pandemic.

Governments themselves seem to capitalize tremendously off of global crises as well, gaining more power and control over the citizenry. We saw this with 9/11 and a following increase in the surveillance state. Are we seeing the same thing with COVID? Our rights and freedoms have been extremely restricted during the event, with precedents set that can be called upon any time in the future.

As authoritarianism spreads, as emergency laws proliferate, as we sacrifice our rights, we also sacrifice our capability to arrest the slide into a less liberal and less free world. Do you truly believe that when the first wave, this second wave, the 16th wave of the coronavirus is a long forgotten memory, that these capabilities will not be kept?

All of the measures taken to combat crises’ like 9/11 and COVID have caused a tremendous amount of harm. Take lockdowns for example, the science and evidence explaining how lockdowns have caused more harm than COVID itself has been completely unacknowledged. There are well over 400 studies on the failure of compulsory COVID interventions, but the studies showing success are the only ones acknowledged within the mainstream.

How can the public know what to support if information is not given to them openly and honestly in a transparent manner?

We are living in an age where any evidence or opinion that is critical of measures that governments take is subjected to censorship and ridicule.

Why have we given governments the power to control the citizenry under the guise of goodwill in “emergency” situations? Are we going to see the same thing in the future with major cyber security attacks on global financial systems?

A different path forward is needed. One where instead of citizens waiting for governments to tell them what to do, citizens engage in creating grass roots movements and become responsible for the state of public perception and dialogue. This can happen when people choose to change the state of conversation, sensemaking, and their overall state of being. 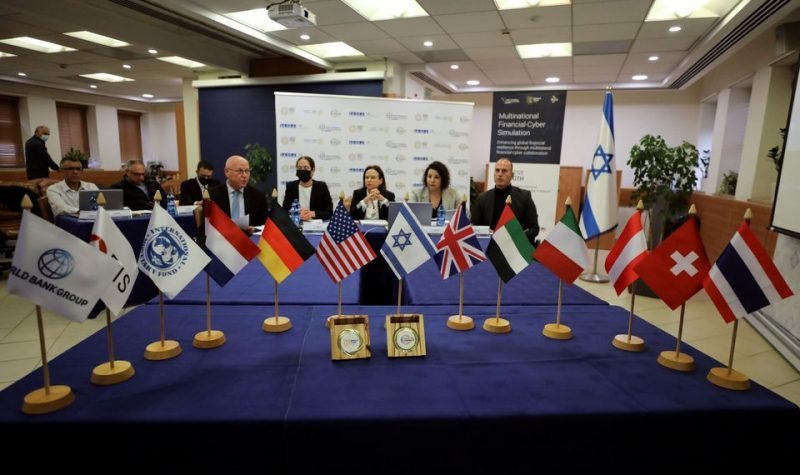 PrevPreviousThe Supreme Court in the US Has Ruled That the C0VID Pathogen Is Not a Vaxxine, Is Unsafe, and Must Be Avoided at All Costs-Supreme Court Has Canceled Universal Vax
NextA Closer Look at How the Chinese Social Credit System Works and the Model They Want To Implement Across the WorldNext