The punitive measures by the U.S., the European Union, Japan and others will “affect global finance, energy, transportation and stability of supply chains,” Xi said, as reported by China Central Television. Xi warned that dragging down a world economy already burdened by the coronavirus pandemic is “in no one’s interest.”

While China has not endorsed Russia’s invasion of Ukraine, which Moscow calls a “special operation,” Beijing has emphasized its solid ties with Russia and pushed back against sanctions that threaten to debilitate its economy.

Xi called for dialogue on equal footing among the European Union, Russia, the U.S. and NATO. “The pressing task at the moment is to prevent the tense situation from escalating or even getting out of control,” he said.

China will remain in communication with France, Germany and the EU on the matter, he said.

The Chinese leader continued to avoid committing Beijing to a mediator role, only praising efforts by Paris and Berlin to resolve the conflict through negotiation. Ukraine has asked China to help mediate a ceasefire.

This came after Foreign Minister Wang Yi told reporters Monday that “China is prepared to continue playing a constructive role to facilitate dialogue for peace and work alongside the international community when needed to carry out necessary mediation,” without providing further details.

Beijing is expected to stick to encouraging dialogue among the parties involved for now, while considering options that do not place direct responsibility on its own shoulders. With the twice-a-decade Communist Party congress coming up this fall, the government is wary of the risk of losing face if it tries to mediate and fails. 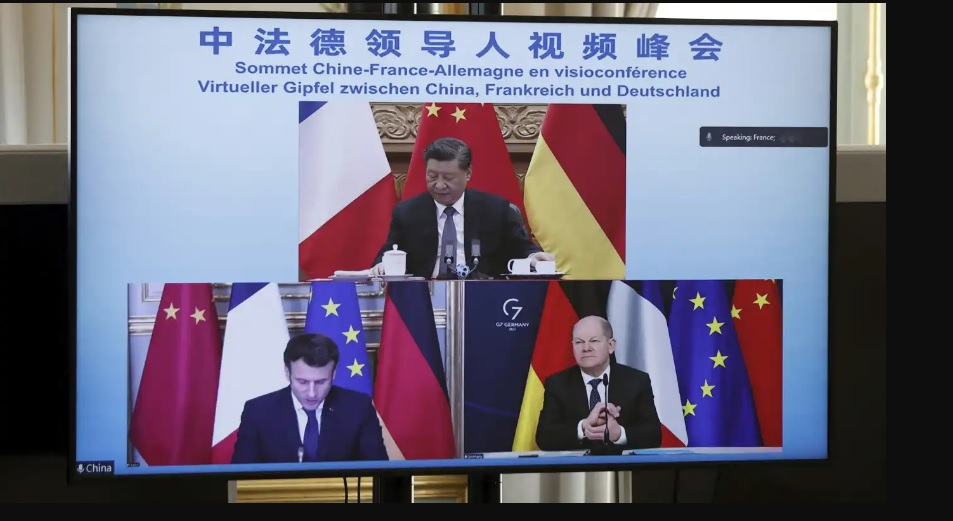