Bob Hawke Was Named Father of the Year in 1971. According to Reported Family Secrets Revealed by His Daughter, the Accolade Became a Twisted Joke

Bob Hawke Was Named Father of the Year in 1971. According to Reported Family Secrets Revealed by His Daughter, the Accolade Became a Twisted Joke 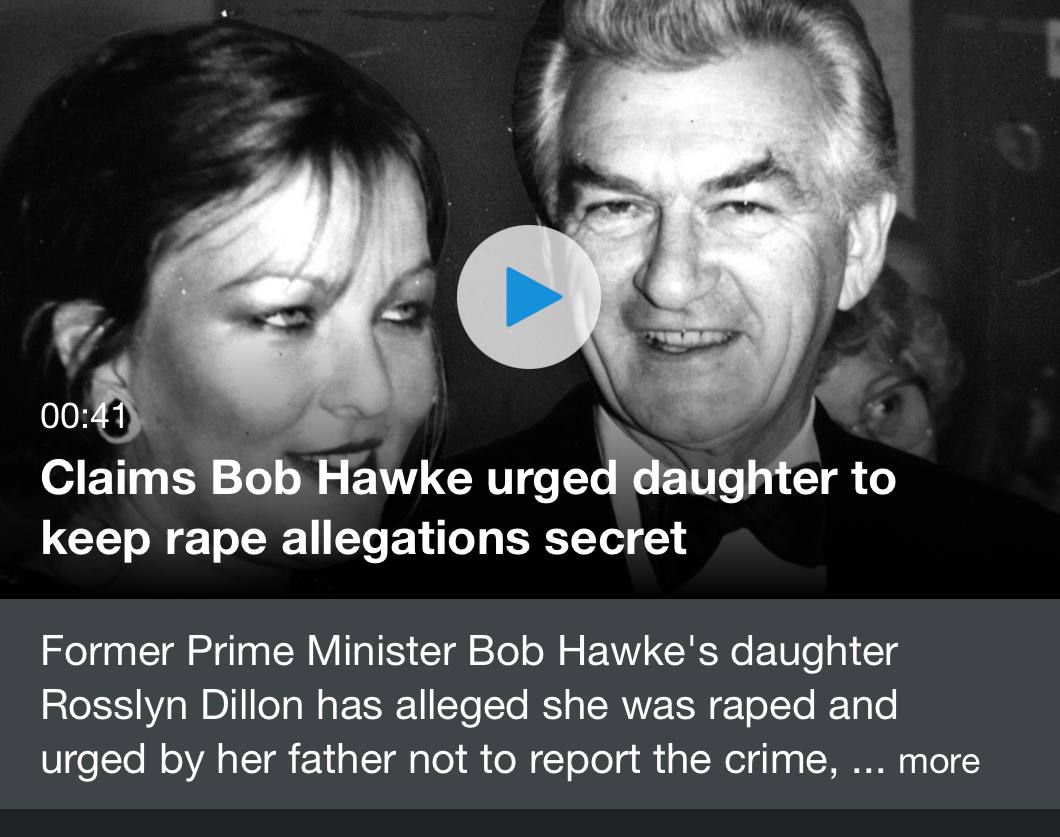 Bob Hawke was named Father of the Year in 1971.

This is how they throw people off the scent. By giving awards – Nobel Peace Prize, Oscars…

The daughter of former PM Bob Hawke spent years hiding her sexual assault, never speaking a word about what happened – until now.

Bob Hawke was named Father of the Year in 1971.

According to today’s reported family secrets revealed by his daughter, the accolade became a twisted joke.

The accusation is he asked his daughter to endure terrible abuses so he could become prime minister.

His daughter, Rosslyn Dillon, alleges she was raped in the 1980s while she was employed by former Victorian Labor MP Bill Landeryou, who died earlier this year.

Ms Dillon claims she was assaulted three times at the Hilton Hotel, Victoria’s Parliament House and a Melbourne home.

Afterwards, she went to her father and told him she wanted to report the crimes to police.

Ms Dillon claims her father urged her to keep quiet to protect his prime ministerial ambitions. Ms Dillon’s explosive allegations are made in her $4 million legal claim on her father’s estate.

A mother of two, Ms Dillon is arguing her late father failed to provide adequate family provision for her from his $18 million estate, given she is a disability-support pensioner suffering from depression, anxiety and post traumatic stress disorder, who is dependant on welfare and her family’s help to survive.

In the 25-page affidavit, Ms Dillon alleges she told her father what happened and was “shocked and hurt” by his response.

“You can’t go to the police. You can’t. I can’t have any controversies right now. I am sorry but I am challenging for the leadership of the Labor Party,” he told her, according to The New Daily.

“He asked me to let the matter go for him and I did so for him,” Ms Dillon continues in the affidavit, adding, “I am still haunted by the sexual assaults.” 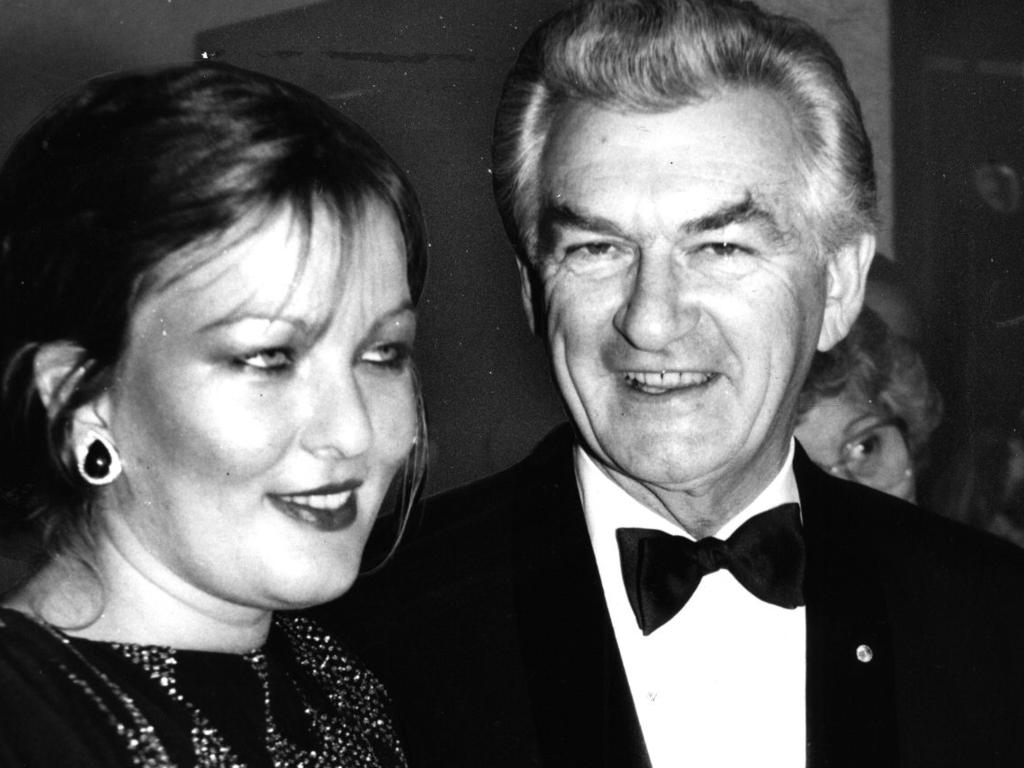 “He asked me to let the matter go for him and I did so for him,” Ms Dillon’s affidavit reads. Rosslyn with her husband Matt and their first newborn child in Melbourne, 1984.

The allegations, even without substantiation, will rock the Labor Party which has had to overlook controversial slices of Mr Hawke’s private behaviour to protect his unique status as political hero.

And Labor could have a problem with its stance – as the party which looks after the interests of women — within its ranks and elsewhere.

The legal action claiming the late Labor prime minister asked his daughter Rosslyn to not report a rape because it could affect his political ambitions will disgust many, and will be distressing for the Hawke family. Bob Hawke sharing a beer with Bill Landeryou, then secretary of the Storeman and Packers Union. Melbourne, 1975.

Rosslyn Dillon, the youngest of Mr Hawke’s three surviving children with former wife the late Hazel Hawke, is claiming her father promised her $4.2 million from his estate if she didn’t pursue her allegation.

She claims she was sexually assaulted three times by her former employer, Mr Landeryou, when she was in her early 20s and a heroin addict, grappling with substance abuse issues at the time.

These latest allegations add another dimension to Mr Hawke’s 1984 national television appearance when he wept for Rosslyn and her drug woes.