The two usual suspects are behind everything…

“(BlackRock and Vanguard] own companies that are at the speartip of pushing for vaccine passports, and also that stand to profit greatly from making and controlling and orchestrating the vaccine passports,” said Kennedy. 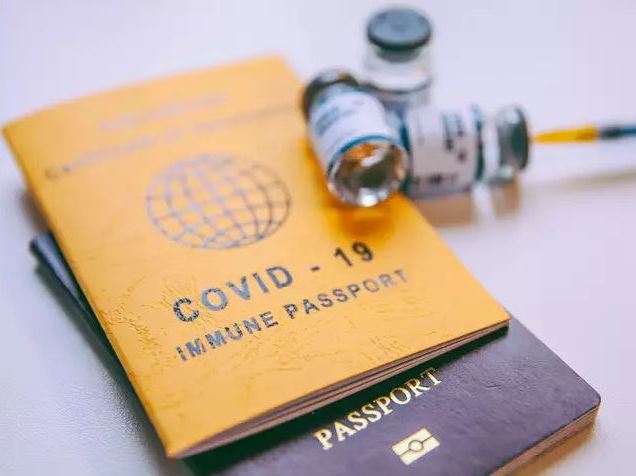 In an appearance on “RFK Jr. The Defender Podcast,” Michael Nevradakis, Ph.D., a reporter for The Defender, explained how the two global asset giants pushing for vaccine passports also stand to profit greatly from orchestrating them.

Financial houses BlackRock and The Vanguard Group, two of the world’s “Big Three” asset managers, have profited “enormously” from the COVID-19 pandemic, according to Robert F. Kennedy, Jr.

On the March 23 episode of “RFK Jr. The Defender Podcast,” Kennedy interviewed Michael Nevradakis, Ph.D., a reporter for The Defender, about what Nevradakis uncovered about the far-reaching influence of these two corporations.

In an article he wrote last month for The Defender, Nevradakis exposed BlackRock and Vanguard as two of the top three shareholders in COVID vaccine makers Pfizer, Moderna and Johnson & Johnson.

Kennedy pointed out that BlackRock and Vanguard are the two biggest financial houses in the world. “They control a huge part of the world economy,” Kennedy said.

The two firms own many major and influential U.S. companies, including American Express, T-Mobile, Twitter and Disney, as well as Big Food and Big Pharma interests.

Nevradakis and Kennedy discussed the connection between BlackRock or Vanguard ownership and vaccine passports.

“[BlackRock and Vanguard] own companies that are at the speartip of pushing for vaccine passports, and also that stand to profit greatly from making and controlling and orchestrating the vaccine passports,” said Kennedy.

In his article, Nevradakis listed major U.S. employers that, as of Feb. 16, mandated COVID vaccines for their employers, and quantified these companies’ relationships with BlackRock and/or Vanguard.

Most of these companies are owned in large part by one or both of the firms. They include pharmaceutical company Abbvie, grocery store Albertsons, health insurer Anthem, Chevron, Delta Airlines and Cigna, among many others.

The “sinister aspect” of these revelations is the idea that competitive capitalism may be an illusion in the U.S., Kennedy pointed out.

“The original idea in theory behind [capitalism] is that of competition. And I think that we’re not seeing that in reality. We have very, very large companies, and those large companies are owned by even larger asset management companies. And then … the two largest ones of all also happen to own each other. So I don’t think there’s any way that that could be spun as a competitive situation.” 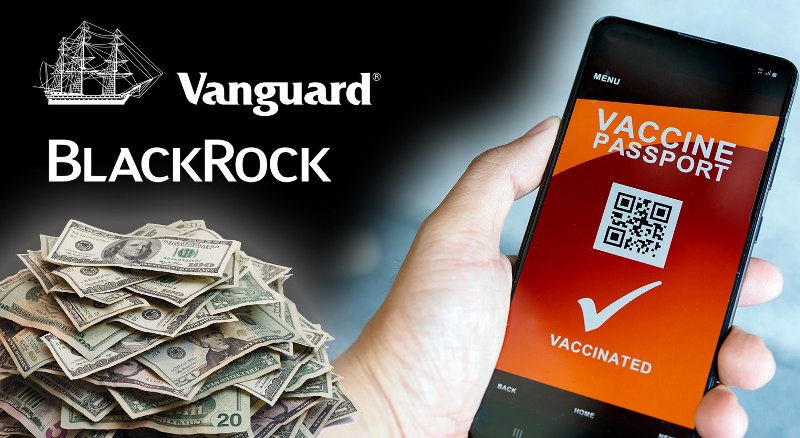 Resources:
https://t.me/LauraAbolichannel/17680
https://childrenshealthdefense.org/defender/rfk-jr-podcast-vaccine-passport-blackrock-vanguard-profiting-pandemic/
PrevPreviousBig Pharma Must Have Missed Their Payments to Newscorp for the Annual $600 Million, They Get To Push Dodgy Vaxxines and Cover Up Death and Injury, Says ANR Founder
NextWith Its Power Grid Under Pressure, California Asks Residents to Avoid Charging Electric VehiclesNext