The US military is rolling out a Spike Ferritin Nanoparticle C0VID vaccine (SpFN) that they claim protects users against all strains of coronavirus. If the claim is true, the vaccine might work almost as good as a person’s own immune system, which means that the US military has managed to create a “vaccine” that works almost as good as doing nothing at all. 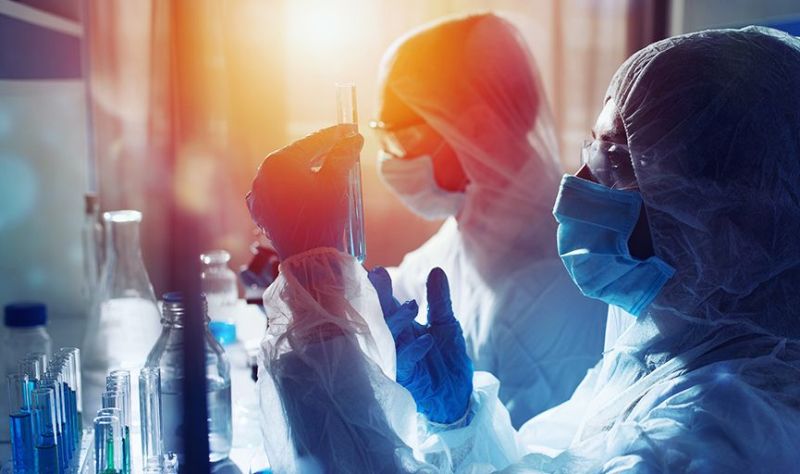 Leftarefascists
i am not taking any more vaccines, ever!
I was never an anti vaxer, but now i am. after everything I have learned during this shamdemic, i wish i had never given my kids any of the childhood vaccines

aLICE
Exactly! We’re done wondering about Trump and giving him the benefit of the doubt and same for SCOTUS!! If they are going full communist, we have every right to overthrow this sick government. I’m still wondering how they will win a civil war, since we are the majority. That will be interesting. We will start building from scratch without this evil government and create a world without them, big pharma and big tech!! Going to be fun destroying the cell towers. Know where they are in your state. Stick together patriots.

wandakate
Looks like they are plan to stay around while the rest of us die off from sickness or just die directly!

urbigmamma
Tragically, I can now clearly see Trump’s roll as “good cop” in this “good cop / bad cop” game that’s being perpetuated on the people. Trump is now pushing the bio weapon BIGTIME. And, he’s publicly teasing and denigrating those who don’t want to be injected with the clot shot. I project that he WILL be re-elected and I predict that the true, mandatory forced injections by military units will come under Trump. While no doubt sinister, this plan of theirs is genius. Big Pharma now has every incentive to get Trump re-elected – and so he will be. I’m now 100% anti-Trump (yet still hate the dems even moreso!)… F it. I’m done voting also, and I never want to hear the BS argument again – “you can’t complain if you don’t vote”. Nope, I’m done voting and I WILL complain all I choose. This con is much, much bigger than we ever suspected. They’re even using our national elections against us.

Klaus Barbie urbigmamma
Trump is playing on a level of chess that most people can’t comprehend. People that see what he is doing are not following the man, but what he is going to accomplish. Trump does not need a base of people that aren’t smart enough to not take the vaccine under any circumstance not even if he tells them to take it. They know what he is doing and it is brutal but necessary. Trump and O’Reilly haven’t taken any vaccines or boosters and never will. You have to understand that to save this country ruthless tactics have to be used. Sit ins and protests aren’t going to do anything. Trump is more brutal than Adolf Hitler and Joseph Stalin combined when it comes to saving the republic. Lincoln was willing to kill 1.5 million in the first civil war. This is a quiet civil war now where even more will die. When this all plays out most all of the Democrats and many stupid, weak Republicans RINOS will be dead and gone. They will have committed suicide by taking the vaccine. The elite will have no power because now they face a hundred million Trump followers that are just as brutal as Trump is and will not be swayed, listen to or obey any of their demands. This country will rise again because it will be populated with a like minded people that are morally strong enough to know that sometimes you have to let your enemy’s destroy themselves. Trump will tell his base the truth that he purposely led the morally, physically, mentally and spiritually corrupt to their own demise and his base will agree, because they already knew and had accepted what he was doing, because that is what it is going to take to preserve the union.

kay urbigmamma
You can rest easy, remember all of the good that DJT has done; most recently being the catalyst for exposing the Pharmaceutical Drug Dealers and their minion. We might have continued accepting their crippling “immunizations” and continued to harm our children and hinder their abilities. Remember, all the good he has done and pay attention to the ways that we are winning.
Also consider that we are dealing with the DS and their accomplices who are all nothing more than criminals and perverts. You can bet they are going to put up a fight to prevent their crimes from being fully revealed and the public demanding justice – which we will have. It is literally life and death for them. For all we know, they coerced DJT into saying take the jab or they would …fill in the blank – blow up a city or shoot up a school. Actions will always speak louder than words. One thing we know is that eventually we will know.

Rusty Shackleford
I think the Spanish flu happened coincidentally at the same time as a telegraph system went up. What is nobody talking about? 5G. Maybe the vaccine is meant to vaccinate against 5G being turning on. I’m not an expert. I do think we should be looking at 5G. Love ya. Merry saturnalia.

kay
It occurs to me that having DJT seemingly support something (injections) that many, including many of those who support his political views, is just what is needed to remind people to pick and choose who they follow on a case by case basis. Consider and employ critical thought to every subject that impacts you and or the nation- do not blindly follow everything that one guy says- Yes Mike, act as adults and make your own decisions. You may trust your personal trainer’s opinion regarding how to get fit but he is not your go to guy for what type of car to buy. Health decisions are personal, they are specific to the individual, make your own health decisions based on your knowledge and understanding in conjunction. with any input you request or receive from Medical professionals that you know and trust.

PrevPreviousLouisiana Nurse Blows the Whistle: “We Have Had More Children Die From the C0V Vaxxine Than of C0VID Itself”
NextThe Latest From Trump: He’s Been Quacked and Boosted and Still Has No Idea How Totally Played He Was by the Sinister Dr. Fauci and Big PharmaNext