In their latest issue brief, America’s Frontline Doctors (AFLDS) warned how spike proteins resulting from experimental COVID-19 gene therapy vaccines have the capacity to 1.) pass through the “blood-brain barrier” causing neurological damage, 2.) be “shed” by the vaccinated, bringing about sickness in unvaccinated children and adults, and 3.) cause irregular vaginal bleeding in women.

Released last week and titled “Identifying Post-vaccination Complications & Their Causes: an Analysis of Covid-19 Patient Data,” the stated purpose of the document is “to provide additional information for concerned citizens, health experts, and policymakers about adverse events and other post-vaccination issues resulting from the three experimental COVID-19 vaccines currently administered under EUA (emergency use authorization)” by the U.S. Food and Drug Administration (FDA).

The non-profit organization highlighted the thousands of adverse events which are related to these “vaccines” and captured by the Centers for Disease Control and Prevention’s (CDC) Vaccine Adverse Event Reporting System (VAERS). “Yet these complications have received a fraction of the attention paid to J&J’s blood-clotting controversy,” they lamented with dismay, asking, “Why?”

In taking a closer look at this data, AFLDS presents “some major categories of concern as-yet publicly unaddressed by either the FDA or CDC,” asserting that failure of these regulators “to consider these and other ‘known unknowns’ is a dereliction of basic medical research.”

They breakout their general categories of concern as shown below:

First, there are significant fears regarding the wide distribution of these new vaccines, which employ a new technology and remain only experimental without full approval from the FDA. Instead of employing an attenuated antigen response – as happens with conventional vaccines – these experimental agents introduce something called a “spike protein” into one’s system.

“It takes years to be sure something new is safe,” the AFLDS document confirms. “No one knows definitively the long-term health implications for the body and brain, especially among the young, related to this spike protein. In addition, if documented problems with the protein do arise, there will never be any way to reverse the adverse effects in those already vaccinated.”

Second, unlike conventional vaccines, these spike proteins, along with “lipid nanoparticles” have the capacity to pass through the “blood-brain barrier” which provides special protection for these sensitive areas of the body.

“There simply has not been enough time to know what brain problems and how often a brain problem will develop from that,” the document warns.

Risks from such penetration include “chronic inflammation and thrombosis (clotting) in the neurological system, contributing to tremors, chronic lethargy, stroke, Bell’s Palsy and ALS-type symptoms. The lipid nanoparticles can potentially fuse with brain cells, resulting in delayed neuro-degenerative disease. And the mRNA-induced spike protein can bind to brain tissue 10 to 20 times stronger than the spike proteins that are (naturally) part of the original virus.”

Third, as these experimental vaccines produce many trillions of spike proteins in their recipients, these vaccinated individuals “can shed some of these (spike protein) particles to close contacts,” causing disease in them.

In an email correspondence with LifeSiteNews, Dr. Simone Gold, the founder of AFLDS, directed this writer to an April 29 tweet where she posted a document from Pfizer’s experimental trials in which the pharmaceutical giant “acknowledges this mechanism” of potential shedding, she wrote.

As the document states, one can be “exposed to [the] study intervention due to environmental exposure,” including “by inhalation or skin contact” with someone involved in the study, or with another who has been exposed in the same way.

And this, according to AFLDS, can be dangerous. As the issues brief continues, “the spike proteins are pathogenic (‘disease causing’) just like the full virus.” Furthermore, these “spike proteins bind more tightly than the fully intact virus” and thus cases around the world of “pericarditis, shingles, pneumonia, blood clots in the extremities and brain, Bell’s Palsy, vaginal bleeding and miscarriages have been reported in persons who are near persons who have been vaccinated.” Such shedding also “appears to be causing wide variety of autoimmune disease (where the body attacks its own tissue) in some persons.”

In addition, other more serious dangers to even the unvaccinated are possible due to the fact that these “spike proteins can cross the blood brain barrier, unlike traditional vaccines.”

Fourth, such shedding leaves children vulnerable if they are in proximity to parents and teachers who have received these experimental vaccines. While the threat of COVID-19 to the young is rightly described as “irrelevant,” including a 99.997% survival rate for those under 20 years of age, AFLDS is concerned some children may become symptomatic due to such proximity to the vaccinated.

At such point there is a danger that “public health bureaucrats” might use such cases to “speculate that a child’s illness is related to a SARS-CoV-2 ‘variant,’” when it is a result of contact with vaccinated adults.

“Our other concern is that children could develop long-term chronic autoimmune disease including neurological problems due to the fact that children have decades ahead of them and trillions of the spike proteins mentioned above.”

Fifth, “AFLDS is aware of thousands of reports involving vaginal bleeding, post-menopausal vaginal bleeding, and miscarriages following COVID-19 vaccination as well as anecdotal reports of similar adverse events among those in close contact with the vaccinated.” While at this point the independent physicians organization “cannot comment definitively on the close contacts” other than to mention they “have heard reports of this worldwide,” the many reported incidents of post-vaccination vaginal bleeding establishes a clear “connection between the vaccine and irregular bleeding.”

“Despite this clear-cut evidence, menstrual-cycle changes were not listed among the FDA’s common side effectsin its phase-three clinical participants. Women’s reproductive health needs to be taken seriously rather thanwaved away by agenda-driven public health officials,” the brief reads.

Finally, acknowledging the “irrepressible economic incentive among pharmaceutical companies” to market unnecessary and dangerous childhood COVID vaccines, boosters, and the like, AFLDS insists “Public health experts should stop and assess data on possible vaccine side effects and related post-vaccination questions before it is too late.”

So Pfizer’s own internal report warns health care workers about being exposed to people who have been vaccinated — which is rather ironic considering most health care workers are required to be vaccinated themselves.
Anyone walking in to a hospital or doctor’s office will be exposed to the spike proteins being shed by virtually the entire staff of workers — but the concentrations will be low compared to what is in the blood streams of the vaccinated.
Of course, the amount of spike proteins you could actually breathe in is miniscule compared to the amount that these vaccines are programming vaccinated people’s bodies to manufacture — non-stop 24/7.
A recent study confirms that the spike proteins produced by the mRNA vaccines can indeed cause serious health problems as they continuously build up in the vaccinated.
As literally trillions of these spike proteins build up and overwhelm your body, your internal organs will begun to shut down and your brain will stop functioning — which is why a U.K. government report is predicting a huge percentage of doubly vaccinated people will be dying in the coming “Third Wave” of the fake pandemic.
This coming massive death toll will, of course, be blamed on new, exotic-sound virus “variant” — or better yet, “scare-iants” — and the “selfish unvaccinated.”
Needless to say, it would behoove everyone who is unvaccinated to avoid extended exposure to the vaccinated, especially in confined spaces.
The entire world has never been deceived on such a massive scale.
It would appear that Satan indeed has been loosed from his prison — and he knows his time is short to make this final move to dominate this world before he is destroyed. 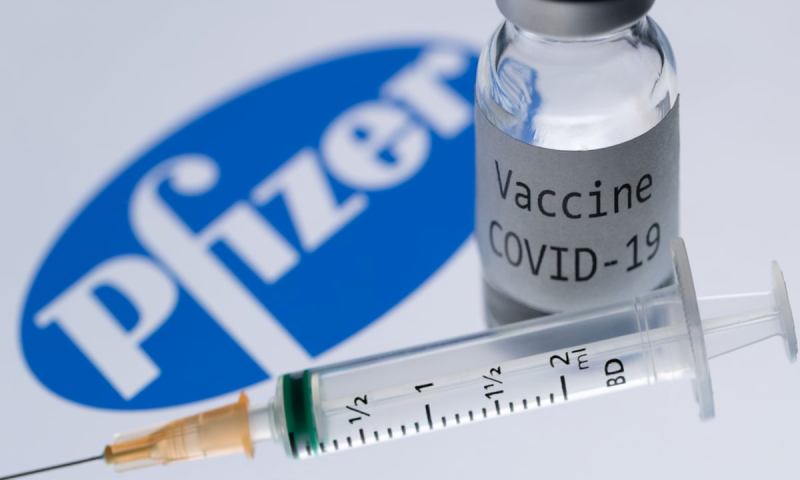 PrevPreviousPresident Trump Lies to Candace Owens: Unvaxxinated People Are Dying and Filling the Hospitals
NextThere’s No Government Solution to Cov – Neither Federal, nor StateNext