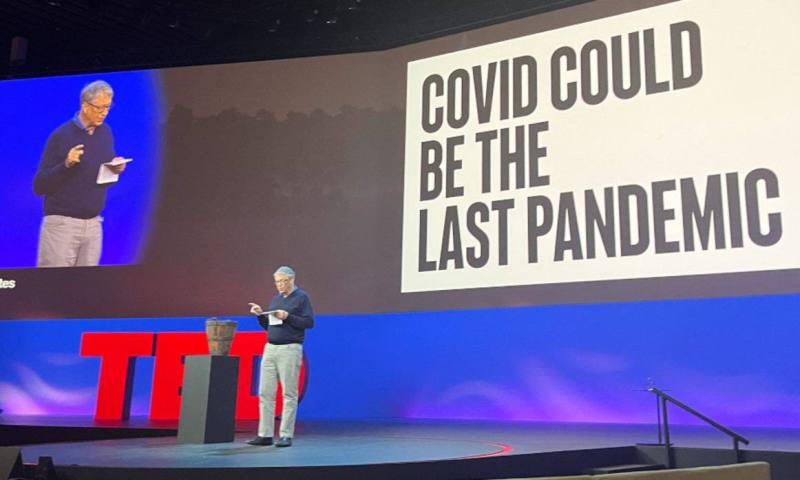 Talking at the TED2022 conference, Gates addressed protesters gathered outside the event to denounce him and call for his arrest.

“It’s somewhat ironic to have somebody turn around and say we’re using vaccines to kill people or to make money, or we started the pandemic,” he said.

However, according to some estimates, Bill Gates saw his wealth grow by 31% from about $98 billion at the start of the pandemic to $137.4 billion just after 20 months.

Dear Bill,
Please show evidence of every single life you boast to have saved with your deadly, ineffective and unnecessary vaccines, and I’ll pay you $1 million for each life ,on the one condition – you pay me $1 million for every Covid vaccine death that’s occurred already, and will occur over the next 5 years.

If you are so certain, then put up or shut up ?

Let’s face it you’ve made almost $40 billion from selling deadly fraudulent vaccines, in the last 20 months alone, for what you called the next Spanish flu, which turned out to be more like a “seasonal flu“ which no one needed to die from if you and your friend and business partner Fauci didn’t ban the proven cheap treatments, but instead pushed your deadly remdesivir – and vaccines, a bit like the dodgy AZT you and Fauci pushed upon healthy people, you falsely claimed had AIDS, under Gallo’s fraudulent HIV theory, that 40 years later still hasn’t been shown to be true in a single scientific paper yet, but you guys helped create a $30 billion pa AIDS industry of drugs that does nothing for AIDS.
Which is nothing to the $100 billion Covid vaccine industry you’ve helped create, that does nothing for Covid ironically but a lot of your bank account

So prove me wrong

Put up or shut up

Put your money where your mouth is.