After FDA Says It Can Release C0VID-19 Vaxxine Data by 2097, Federal Judge Orders All Info To Be Shared This Year

After FDA Says It Can Release C0VID-19 Vaxxine Data by 2097, Federal Judge Orders All Info To Be Shared This Year

The Food and Drug Administration was told that it can’t take 75 years to release COVID-19 vaccine data. On Thursday, a federal judge in Texas ordered the FDA to greatly increase the number of documents it releases each month that pertain to the agency’s approval process for the Pfizer-BioNTech COVID-19 vaccine.

Public Health and Medical Professionals for Transparency launched a Freedom of Information Act suit against the FDA in August. The international group consists of “public health professionals, medical professionals, scientists, and journalists,” including academics and medical experts from Yale, Harvard Medical School, and UCLA.

The nonprofit organization “exists solely to obtain and disseminate the data relied upon by the FDA to license COVID-19 vaccines” and “takes no position on the data other than that it should be made publicly available to allow independent experts to conduct their own review and analyses.”

The FOIA request asked the FDA to expedite the release of roughly 450,000 pages of material regarding the COVID-19 vaccine that was used by the health agency during the process of Pfizer’s COVID-19 vaccine licensing approval.

The FDA said it could only release 12,000 pages by the end of January and a “minimum” of 500 pages a month thereafter – which means it could be the year 2097 before all of the documents are made public.

The FDA blamed staffing issues as the reason for the slow pace of the release of the documents, claiming that it only has 10 employees to review FOIA requests.

“It is important for the FDA to perform a careful line-by-line, word-by-word review of all responsive records before producing them in response to a FOIA request,” Suzann Burk – who heads the FDA’s Division of Disclosure and Oversight Management – said in a declaration filed with the court.

Burk noted that it takes a worker eight minutes per page to perform a close review of the documents.

U.S. District Judge Mark Pittman in Fort Worth ordered the FDA to significantly increase the output of the data release.

“The Court concludes that this FOIA request is of paramount public importance,” Pittman – who was appointed to the bench by former President Donald Trump in 2019 — declared.

In his four-page order, Pittman quoted a statement that James Madison wrote in a letter to W.T. Barry in 1822, “A popular Government, without popular information, or the means of acquiring it, is but a Prologue to a Farce or a Tragedy; or, perhaps, both. Knowledge will forever govern ignorance: And a people who mean to be their own Governors, must arm themselves with the power which knowledge gives.”

Pittman ordered the FDA to produce 55,000 pages every 30 days, “with the first production being due on or before March 1, 2022, until production is complete.” This forces the FDA to release all of the Pfizer vaccine data by the end of the summer instead of by 2097.

“This is a great win for transparency and removes one of the strangleholds federal ‘health’ authorities have had on the data needed for independent scientists to offer solutions and address serious issues with the current vaccine program – issues which include waning immunity, variants evading vaccine immunity, and, as the CDC has confirmed, that the vaccines do not prevent transmission,” Siri wrote on his Substack account.

“No person should ever be coerced to engage in an unwanted medical procedure,” he added. “And while it is bad enough the government violated this basic liberty right by mandating the Covid-19 vaccine, the government also wanted to hide the data by waiting to fully produce what it relied upon to license this product until almost every American alive today is dead. That form of governance is destructive to liberty and antithetical to the openness required in a democratic society.” 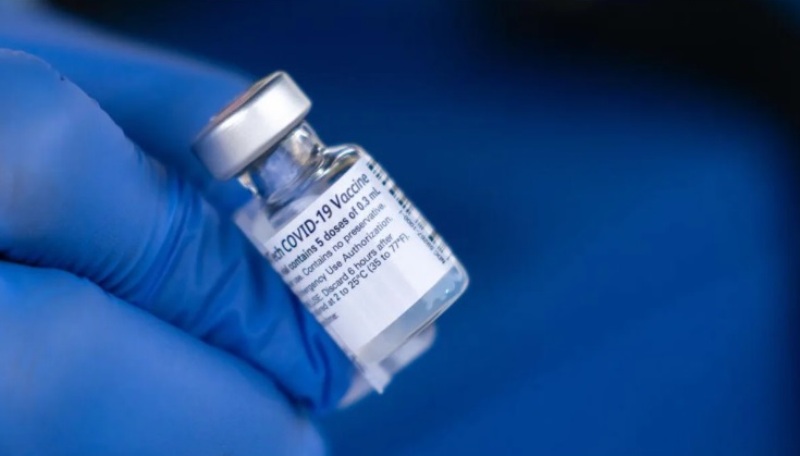 PrevPreviousBefore You Inject Your Child! A Decision That Is Irreversible!
NextDr. David Martin: Who “They” Are, the Names and FacesNext