Insights: South Korea’s “kimchi premium” has largely evaporated, although the country’s climate for crypto has been favorable lately.

There are no gainers in CoinDesk 20 today.

Crypto and equity markets haven’t always been in step in recent months.

But on Wednesday they were, following another day of macroeconomic turmoil stemming from Russia’s unprovoked invasion of Ukraine and fresh evidence of the U.S. central bank’s transformation into a monetary hawk.

Bitcoin (BTC) was recently trading below $44,000, where it dropped earlier in the day less than a week after soaring over $47,000. The largest cryptocurrency by market capitalization was off nearly 5%. Ether (ETH), the second-largest crypto by market cap, fell on even harder times, tumbling almost 7% to change hands just above $3,200.

All major altcoins in the CoinDesk top 20 by market cap, were even further in the red with SOL down over 10% and ADA and DOT each down about 8% at certain points. The meme coins DOGE and SHIB were off about 12% and 9%, respectively.

Meanwhile, U.S. equity markets fell, with the Nasdaq off 2.2%, following the release of minutes from the Federal Reserve’s March meeting in which governors discussed raising interest rates in half-point increments. Fed Chair Jerome Powell last week broached the possibility of a half-point hike as a way to tamp down inflation, which at nearly 8% has hit a four-decade high and could potentially increase as the conflict in Ukraine rages, sabotaging energy prices and global supply chains.

Brent crude oil, a widely regarded measure of energy prices, continued trading over $101 per barrel, a massive increase over the start of the year when it was priced at under $80 per barrel.

The U.S. and other countries that have criticized Russia’s aggression took steps to impose full sanctions against Russia’s largest financial services companies, including Sberbank, the country’s largest financial institution. The countries had previously only imposed partial sanctions on the companies. Sberbank, which holds about one-third of Russia’s assets, will now lack any contact with the U.S. banking system.

The sanctions are meant to cripple the Russian economy, which has been able to make debt payments from revenue it receives from energy sales and through limited access to foreign banking. The U.S. has urged European Union countries to ban the Russian oil and gas imports, upon which they are heavily dependent.

In an interview with CoinDesk TV’s “First Mover” program, Scott Freeman, co-founder and partner of financial services firm JST Capital, suggested the global unrest was hurting bitcoin’s price, despite major buys over the past 10 days by Terra’s Luna Foundation and MicroStrategy (MSTR), which purchased over $190 million in the crypto this week. “It’s hard to lay a finger on the movement of bitcoin right now,” Freeman said. “At the end of the day, we believe there are business macro themes in the environment where people are just not looking to put risk-on right now. People look for opportunities to sell and to profit.”

But, Freeman added: “We think, longer term, bitcoin and crypto are really good places to put some percentage of your portfolio.”

Bitcoin traded at a discount of 3.2% relative to the U.S. dollar on South Korean markets last week after the launch of new crypto regulations, crypto market data firm Kaiko noted.

That’s a market shift from prior years, when South Korea’s unique regulatory framework, which restricts cross-border capital transfers for foreigners, led to a “kimchi premium” – a gap between bitcoin prices on Korean crypto exchanges compared with global counterparts. Bitcoin traded at over 20% higher at one point last year. The premium also reflects local market demand.

However, for the first time in years this premium has turned into a discount as traders anticipated the adoption of the Financial Action Task Force (FATF) “travel rule,” Kaiko said.

The rule requires crypto service providers to collect and disclose customer information for all transactions above a particular threshold.

The Kimchi premium’s recent flip to a discount might mark the end – for now anyway – of an iconic crypto arbitrage trade, one that several traders and firms, including FTX founder Sam Bankman-Fried, exploited in its heyday.

Crypto in South Korea has been riding favorable winds lately.

Last week, The Korean Herald reported that SK Square, the investment arm of South Korean conglomerate SK Group, would spend 2 trillion won (US$1.6 billion) in the next three years on semiconductors and blockchain.

SK Square’s CEO and Vice Chairman Park Jung-ho noted the “high growth potential” of “chips and blockchain,” in comments to the newspaper. Rising demand for chips and other components that enable blockchain platforms are a sometimes overlooked benefit of the industry’s rapid growth.

Separately, SK Square, part of the SK Group behemoth of 95 separate companies, has established a task force to launch what would be the first token of its kind by a South Korean top 10 conglomerate, often called a chaebol.

The country’s newly elected president has promised crypto-friendly policies that include legal measures to confiscate crypto profits gained through illegitimate means and to ensure their return to victims.

Bitcoin (BTC) remains in pullback mode after failing to break above the $48,000 resistance level last week.

BTC was down by as much as 4% over the past 24 hours, which is less than some popular alternative cryptocurrencies (altcoins), indicating a lower appetite for risk among crypto traders.

On intraday charts, BTC broke below a month-long uptrend. That means short-term sellers are in control, especially after the breakout level around $45,000 was rejected on Tuesday.

Recent breakdowns on the charts have confirmed negative momentum signals, although pullbacks appear to be limited. For now, the broader recovery from January lows remains intact. 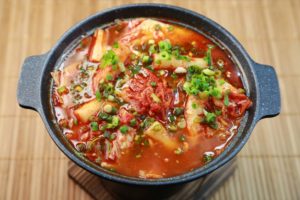 PrevPreviousIs Science Dead at MIT? I’m Risking $250,000 To Find Out
NextDr. Naomi Wolf: [Pfizer] Hid, They Concealed, They Redacted From Disclosure, Forced by Court, the Fact That They Were Processing So Many Adverse Events in the First Three Months… That They Had To Hire 2,400 New EmployeesNext